MoF signs up with K-SURE 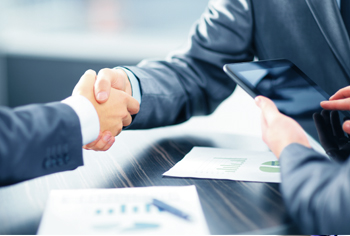 The Ministry of Finance (MOF) of the Kingdom of Saudi Arabia, represented by the National Debt Management Center (NDMC), has executed the signing of a long-term financing agreement with the Korea Trade Insurance Corporation (K-SURE).

The agreement was signed by the minister of Finance Mohammed Al-Jadaan (representing Saudi Arabia), and by the chairman of K-SURE Lee In-ho from the South Korean side.

Al-Jadaan, explained that the signing of the agreement comes within the framework of cooperation witnessed between two G20 members, the Kingdom of Saudi Arabia and Republic of South Korea.

The facility was arranged through the National Debt Management Center (NDMC). Fahad A. Al-Saif, CEO, NDMC, stated that the financing provided amounts to USD3 billion and attracted very strong interest from international banks across geographies. The transaction has been closed with 10 international banks.

The financing provided will be used for strategic government projects in line with the Kingdom’s Vision 2030 program. This cooperation is expected to lead to the arrangement of meetings between service providers from South Korea and the owners of major future projects with the aim of securing financing on these projects. Al-Saif also said that this agreement is the second of its type, following the earlier signing of an Euler Hermes financing agreement in July 2020, according to a report by the Saudi Press Agency.

The NDMC previously signed a Memorandum of Cooperation with Nippon Export and Investment Insurance (NEXI) which aims to expand the opportunities of financing government projects implemented by Japanese companies in the Kingdom of Saudi Arabia.