Geopolitics and the Impact to Insurance

Geopolitics, technology, innovation, underwriting were among the themes discussed in the latest discussion organised by the General Arab Insurance Federation. A Premium report.

The General Arab Insurance Federation recently held a webinar on the impact of geopolitical issues on insurance and the outlook for the regional industry.

The first part of the session consisted of an overview of the political and security issues impacting the region. Michael Stephens, fellow, Foreign Policy Research Institute and associate fellow at the Royal United Services Institute spoke about foreign policy related to Iran, the security issues prevalent in Lebanon and the presence of the GCC in managing the trade relations across the globe.

“In the short term, the health risk is a consideration for economic development. In the medium term things are looking better. Oil prices will stabilise and diversification into green investment and green technology investment and getting the private sector involved in this. Diversifying energy production away from hydrocarbons,” Stephens advised.

“We need to set up a new reinsurance company in the UAE. Once the reinsurance companies disappear the smaller companies cannot keep working. We have seen that some companies have closed. ARIG was a great model in the region. We need an equally huge reinsurance company. The capital invested should not be less than USD3 billion with a 50-50 partnership between the government and the private sector. There should be a compulsory cession of 25 percent to this company, which would allow it to succeed. If we look at the capacity, this will allow us to prevent many obstacles,” he opined.

Commenting on the outlook and opportunities for growth in the future, Khaled Saoud Al Hasan, GAIF board member and group CEO, Gulf Insurance Group, remarked that companies should adapt to less or no dependence on reinsurance and reinsurance commissions. “In the coming years there are many challenges, specifically now. Global reinsurance companies may not continue to give the commissions. For insurance companies to survive and to play a huge role, we need to raise awareness and issue the right laws to limit competition through the right regulatory structure. Technology today plays a big role while dealing with the younger population so the idea of changing the patterns of business need us to change products as well, to reach the best quality of service,” he added.

The Role of Brokers in a Digital World 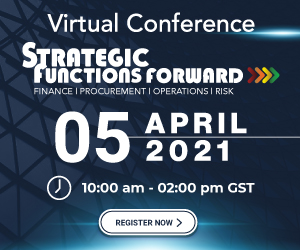