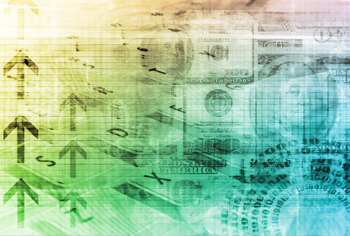 S&P forecasts the growth of the insurance market in the GCC for the year 2021.

Strong growth, single events, or accumulated losses have been the key reasons for a decline in capital buffers at some insurers in recent years.

The report cites the main risk for GCC insurers as a potential return of volatility in capital markets, which could weaken credit conditions for insurers in 2021, particularly if central banks gradually lift forbearance measures later this year.

While credit quality is largely stable, S&P states that the ratings on GCC insurers remains broadly stable in 2021 which is expected to continue in 2021, supported by robust capital buffers and technical profitability. A sharp decline in asset prices, unexpected severe technical losses or company-specific governance or internal control failures could cause negative rating actions.

Ongoing high competition, a contraction in population of about 4% across the GCC on average, and economic uncertainty will weigh on growth prospects and earnings, while elevated asset risk could lead to further volatility in the coming quarters.

While 84 percent of insurers in the GCC maintain capital adequacy above the AAA confidence level in the capital model, the overall size of most insurers’ capital is relatively small and can therefore quickly fluctuate. Strong growth, single events or accumulated losses have been the key reasons for a decline in capital buffers for some insurers in recent years.

With the relatively large number of insurers in the region, some of which are small or posting losses, S&P expects to see further capital raising and consolidation, particularly in Kuwait and Saudi Arabia where regulators may introduce higher capital requirements.

As for the key risks in 2021 for insurers, asset risk takes top place. Low returns in cash deposits have prompted some insurers to increase their exposure to equities or other high-risk assets. Although financial markets recovered in the second half of 2020, a potential return of volatility in capital markets could weaken credit conditions for insurers in 2021, particularly if central banks gradually lift forbearance measures later this year, the report states.

S&P also expects premium collections to remain slow as many businesses delay their payments in an attempt to survive. This will likely lead to an increase in receivables and write offs, putting further stress on liquidity, asset quality, and consequently credit conditions for insurers.

Despite fewer claims in 2020, due to movement restrictions and pandemic-related claims not being covered under most policies, an increase in competition and resumption of nonessential medical treatment could cause claims to rise to more normal levels and, consequently, lead to weaker but still profitable underwriting results in 2021. While business interruption (BI) claims related to COVID-19 are typically not covered under property policies, S&P still anticipates higher-than-expected BI payouts in 2021 relating to claims in 2020, further affecting earnings.

Among the opportunities for GCC insurers is a large uninsured population; new product developmet and increased automation with digital distribution.

S&P anticipates that regulatory oversight will strengthen in the UAE insurance market, increasing pressure on smaller and weaker insurers. Saudi Arabia may see GWP growth of five percent in 2021 owing to the Hajj and Umrah Medical Insurance Program, the Inherent Defects Insurance Scheme, and higher motor insurance penetration. However, consolidation will likely continue given that roughly one-third of the 30 active primary insurers are still making losses. The Kuwait market is also set to GWP growth of about five percent in 2021 as the number retirees increases, leading to higher GWP in the AFYA scheme.

A similar growth rate is expected for the Qatar market in 2021, due to higher public expenditure to diversify the Qatari economy, further preparation for the 2022 FIFA World Cup, and removal of restrictions between Qatar and Saudi Arabia, as well as with other countries that severed relations with Qatar, including Bahrain, Egypt, and the UAE.

In 2021, profitability will likely decline in the Oman market due a more normalised level of claims and potential volatility on the asset side. The government will introduce a value-added tax of five percent from April 2021, which could create additional one-off costs for insurers. Nevertheless, S&P anticipates the market will report a combined ratio of 92-95 percent in 2021.

With 36 licensed insurers, competition in the Bahrain market will remain high. However, underwriting results will likely stay profitable overall, and S&P expects the market average combined ratio to be in the 95‐97 percent range in 2020-2021.

GCC sees much interest in Captives